Today we are going to talk about 5 of the most widely used Evaluation Metrics of Classification Model. Before going into the details of performance metrics, let’s answer a few points:

Why do we need Evaluation Metrics?

The most commonly and widely used metric, for any model, is accuracy, it basically does what It says, calculates what is the prediction accuracy of our model. The formulation is given below:

As we can see, it basically tells us among all the points how many of them are correctly predicted.

As the name suggests it is a 2×2 matrix that has Actual and Predicted as Rows and Columns respectively. It determines the number of Correct and Incorrect Predictions, we didn’t bother about incorrect prediction in the Accuracy method, and we only consider the correct ones, so the Confusion Matrix helps us understand both aspects.

Let’s have a look at the diagram to have a better understanding of it:

What does these notation means?

We always want diagonal elements to have high values. As they are correct predictions, i.e. TP & TN.

Precision is the measure which states, among all the predicted positive class, how many are actually positive, formula is given below:

Recall is the measure which states, among all the Positive classes how many are actually predicted correctly, formula is given below:

It leverages both the advantages of Precision and Recall. An Ideal model will have precision and recall as 1 hence F1 score will also be 1.

All the values are sorted and plotted in a graph, and the area under the ROC curve is the actual performance of the model at different thresholds. 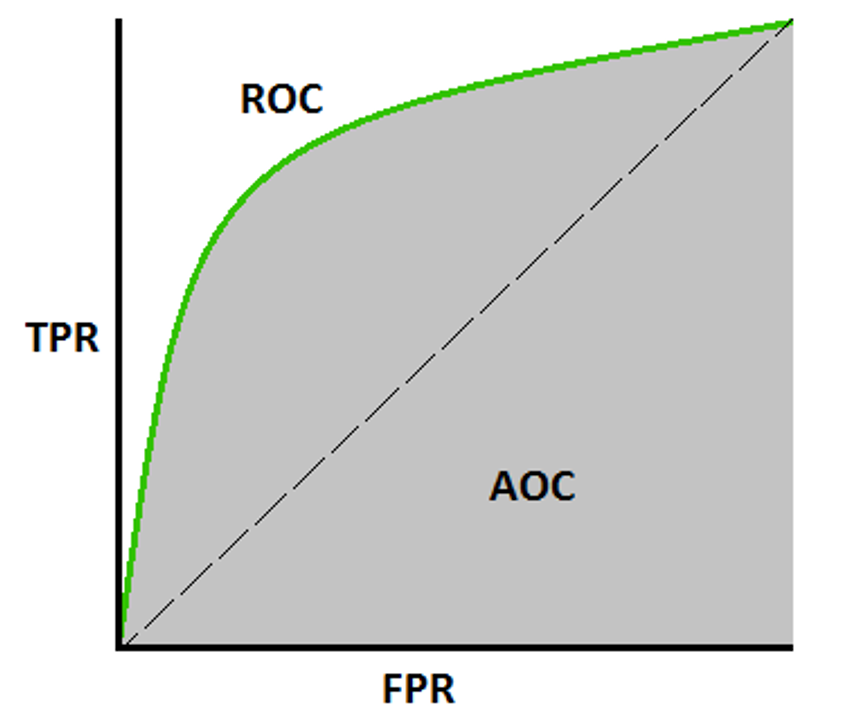 So there you have it, some of the widely used performance metrics for Classification Models.

Hello ! I am Bishal Bose. You can mail me at bishalbose294@gmail.com if you have any queries regarding the project. Connect with me on instagram. Click here

Hey! I need the link of the dataset which you have used. I have dm you on instagram.